Version 2.0.0 of the Bitcoin and Altcoin Wallets free WordPress plugin features compatibility with a new block.io coin adapter, plus many more improvements.

Today is a big milestone for the Bitcoin and Altcoin Wallets free WordPress plugin. Version 2.0.0 is released, featuring compatibility with a new block.io coin adapter, as well as various other improvements. 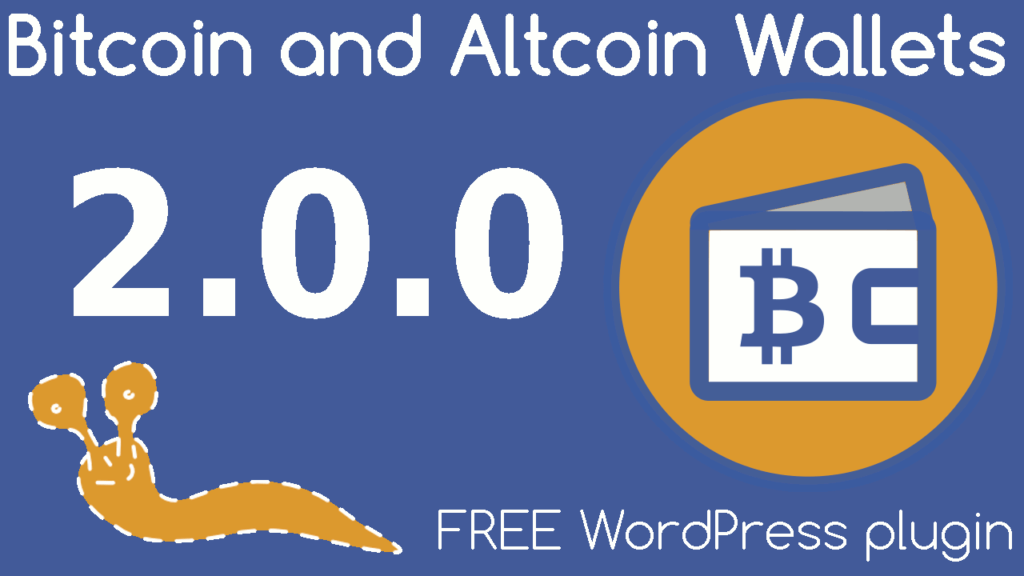 Let’s look into what this bump to the major version number amounts to:

If you are a registered member and have installed any of the previously available coin adapters, please update them to their latest versions:

Today version 1.0.0 of the block.io Cloud Wallet Adapter extension is released. The WooCommerce Cryptocurrency Payment Gateway extension is unaffected by this update.

Connect your WordPress to cloud wallets shortly after release 1.2.0 of Bitcoin and Altcoin WalletsMinor issue with IP address reporting in the block.io adapter